Maven will be a featured exhibitor at the Truckload Carriers Association (TCA) Truckload 2022 on March 19-22 in Las Vegas, NV. Truckload 2022: Las Vegas is considered the premier event for truckload professionals looking to make new connections and educate themselves on the latest trends in the industry. 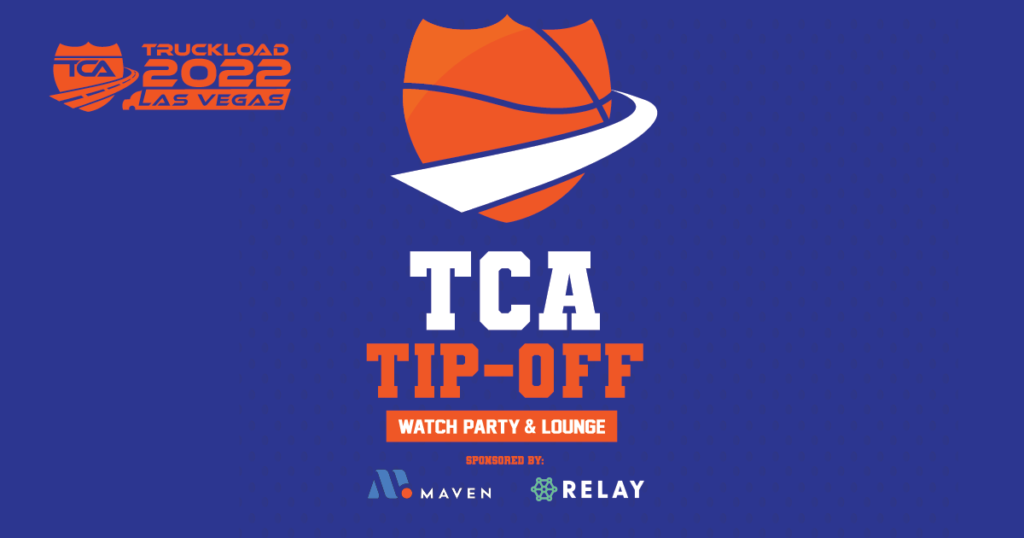 Celebrate the opening of the Truckload Carrier Association’s exhibit hall and watch the NCAA tournament action during Truckload 2022 with Maven!

We hope you will join us on Sunday, March 20 from 3:45 p.m. – 7:00 p.m. PT as Maven co-sponsors the TCA Tip-Off Watch Party & Lounge at the Wynn Las Vegas for Truckload 2022 attendees! Network with colleagues and watch the second round of college basketball tournament in action. There will be numerous games on large screens, booths, brews, and delicious bites in the special viewing lounge and throughout the exhibition hall. Participants can also up the ante by participating in a convention-wide bracket for a chance to win some cash.